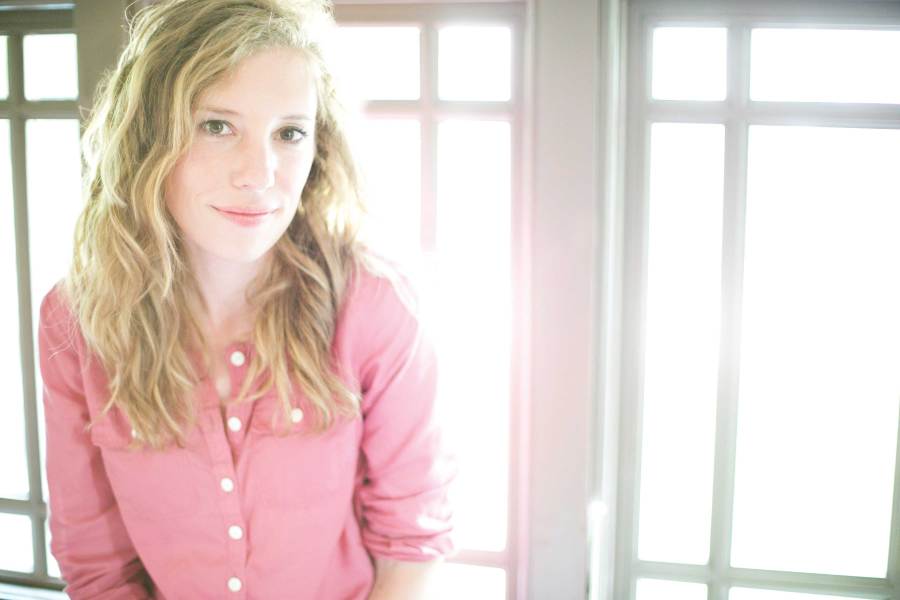 A Mac desktop sits at a desk with papers and books strewn across it as the light from the overhanging lamp trickles down, illuminating the illustration on the screen. The light from the sun slowly spills into the room, warming up the area and shining natural light onto the couch and chairs organized in a miniature rectangle in the little studio.

There are paintings and some decorative pieces clinging to the lightly colored pastel walls. It’s a small, two-story studio that is full of color and light that is a cozy work environment for any artist. But, that’s not the way Wordless News creator Maria Fabrizio sees it when she wakes up.

Usually, the illustrator and designer’s first glimpse of her studio comes before the sun is even up. Her alarm rings in the early-morning hours—roughly 4:45 a.m.—to work on her blog. Wordless News is a blog Fabrizio started in which she creates an illustration depicting a major headline from that day’s news.

“I don’t shower, I get dressed and leave out the back door,” Fabrizio said. “I come in [my studio], turn on the lights and just start working. I read the news and listen to the news simultaneously. I’ll look on Twitter for big headlines and find the article I think is best. Then I start sketching. I just go with whatever I think is strongest and work through it.”

She got the idea in February 2013 when she posted a picture dealing with the pope retiring. She received a couple emails asking her to do something like that the next day, and Wordless News was born.

Now boasting around 4,000 subscribers to the daily emails, Wordless News has generated a sizable following. She has a passion for it, saying she loves to do it because she loves creating things and illustrating.

“I love being able to go to bed feeling like I finished something,” she said. “I think it forces me to take the time to explore conceptually and experiment. If I had that time dedicated to client work, I may not be able to explore and figure out what I’m really good [at] and what I’m passionate about.”

And, like all artists, she loves to see what other people think of her work. After all, it was the influence of people that she respected that convinced her to start Wordless News.

“Any day that I do one and think, ‘This is not so great. I wish I could change everything about it,’ I always get an email from a stranger that said, ‘I love this today,’ or ‘I shared this with my fourth grade class.’ Knowing people are still following it and teachers are using it in their classrooms, I feel a sense of pride that I’m doing something that people care about,” Fabrizio said.

But, there is a little problem with just doing the blog: it doesn’t make any money. This was just an “accidental side project,” according to Fabrizio. She does work for different clients around Columbia, South Carolina, like the Nickelodeon Theatre and is the brand manager for a local church.

While it doesn’t make money, the blog has opened doors for her. She spent a week with National Public Radio (NPR) working for them and is now a weekly contributor for the science section of NPR’s website.

Working with Wordless News has also spawned talk of developing an app for her subscribers as well as a book that should be out in March.

The book deal is in its final stages and Fabrizio said it’s going to be something that’s going to help readers with the creative process.

“I wish it was just pictures, it would have been way easier,” she said laughing. “It’s about the process. It’s more a daily, weekly exercises you can do to keep you out of ruts…I hope it’s helpful and it’s well received. It’s really about creative exploration.”

Working with her blog has also given her the opportunity to travel to speaking engagements across the country. And that’s just what she’ll do at SIPA in February.

Fabrizio will be Friday night’s keynote speaker, and this year’s theme “Free the Press” is something that directly impacts her work at Wordless News.

She said that she usually tries to stay away from sites leaning toward a political party like Fox News or MSNBC, but those stories she finds are written by journalists exercising their First Amendment rights— like those at NPR, CBS News, the Washington Post, The New York Times and Time.com.

Without exercising that right, there would be no Wordless News.

“As an editorial illustrator, I never express my personal opinion,” Fabrizio said. “But it’s great to be able to interpret something that someone’s reported on and communicate that again visually or say something in a completely different way; it’s a good challenge. Journalists are expressing their right to the First Amendment and I get to do that too.”

She traveled to Richmond for grad school in part to take a class with Sterling Hundley, a world-known illustrator. But, even with only six other graduate students in the program, she wasn’t able to get into his class. She later found out she didn’t get in because her adviser didn’t think she was good enough to take Hundley’s class.

Now, 4,000 subscribers, two blogs, one personal studio and a handful of different clients, she can sit back and smile about not getting into the class.

“I’m thankful for it. At the time I was really bitter. I never had the thought of ‘I’m going to prove them wrong.’ I never thought that until I realized it was working out and then I realized it was a good little nudge for me.”

Fabrizio’s journey to illustration wasn’t straightforward and she never thought she’d be doing what she’s doing now, but she’s happy doing it.

It’s that sentiment she echoes to young journalists. After not getting into the class, she worked hard to better herself and that hard work will be something she stresses in her keynote speech in February.

“Keep doing it. Make as much as you can. The saying is true, quality over quantity, but the more you do, you’ll be better at it. Just being diligent and disciplined and just keep doing it. Even if it sucks, visualize your end goal and have a Nike anthem and keep doing it.”