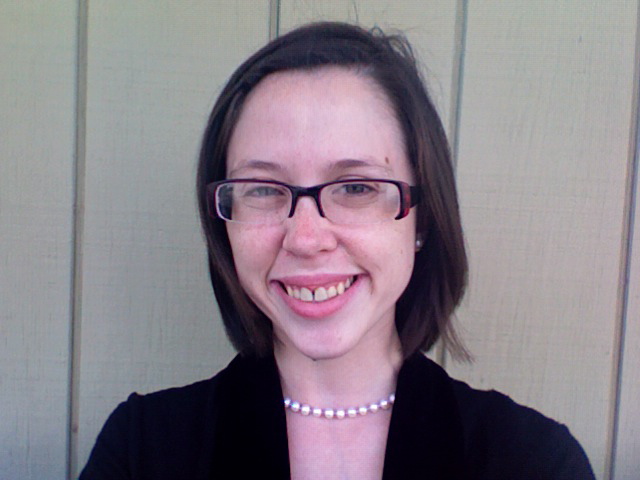 In the world of journalism, NPR Books Editorial Assistant Camila Domonoske is trying to do it all.

From print to online to radio, she has worked in almost every sector of professional journalism. She got her start, however, as an editor-in-chief of her high school’s newspaper, the Newsstreak, at Harrisburg High School in Virginia.

She attended SIPA in high school and loved the atmosphere associated with it.

“People seemed very interested in the sessions at SIPA compared to some of the other conferences that I went to where there were more students skipping out on sessions they were supposed to be going to,” Domonoske said in a phone interview. “I remember when I went to conventions as a student, people went to SIPA to go to sessions.”

Once she graduated, she took the path-less-traveled and took a year off from college to join AmeriCorps, volunteering for Habitat for Humanity. After her hiatus, she was ready to start her college education at Davidson College.

“I was only a year older than the other students, but that year is a pretty important year. I was the oldest, in terms of being the ‘old lady’ on the hall,” Domonoske said with a laugh.

“I worked in a cubicle at the job that was something that I was committed to the cause I was working on, but the work was a lot of keeping track of spreadsheets, sending emails. I was in the office for Habitat for Humanity. I didn’t really want to do that, so I was drilling myself into the things I was doing at school, getting really, really into my English major. It gave me more of a drive to be focused on what I was doing at a given time and just more maturity.”

Although, she majored in English, not journalism, she worked in the Writing Center, where she was able to utilize the skills she learned on the Newsstreak to help her succeed.

Once she graduated from college, she decided to go back to her first love: journalism.

She got a job working at the Charlotte Observer, where she copyedited and put content on the website. After that, she moved to Washington D.C., where she worked for the New Republic, a prominent political magazine.

After that, she ended up at NPR with an internship and still works there today in the Books division, working on diverse tasks for the non-profit radio company.

“I make what you see on npr.org and read pieces about books. I’m part of the team that puts those together,” Domonoske said. “ Its everything from transcribing audio and rewriting introductions, writing headlines, copy editing, finding images for pages, fact checking, writing original content as well, editing content. From the idea of what to write about to getting it on the website, I’m the person behind the scenes who is helping that happen.”

This year’s SIPA theme, #nofilter, emphasizes the importance of freedom of speech and the press’ ability to say what is necessary to improve the silence however, Domonoske said such freedom comes with some caution.

Domonoske and NPR are both on social media and are constantly making sure that they put out correct and verified information.

“We try to be very careful at NPR about what we retweet or respond to, making sure everything has been confirmed by multiple sources,” Domonoske said. “ I think that if you get something really wrong, that just destroys trust to the degree that completely overwhelms whatever publicity you might have gotten for being fast or being really cool in how you say things.

“As an editor I am forever taking lovely sentences and making them less lovely, but more accurate to what the book is actually about. But that’s the most important thing, doing your readers, your listeners, your audience, the service of making sure they can always trust what you are saying.”

The process is so thorough at NPR, Domonoske said laughing, that she has to fact-check book reviews. However, it is that “commitment to transparency” that Domonoske loves so much.

It’s a skill she learned working in journalism in high school and it is one of many, including peer review, which she plans to instill in SIPA attendees when she speaks at this year’s convention. She believes that putting out a broadcast or a print publication is only half of the battle.

She said in her sessions she tries “to focus on what it’s going to be like in college. I worked as a writing tutor and spent three years really learning how to give feedback to writers in a way that helps them rather than just discourage them,” Domonoske said. “You’re not just there to be putting out this product, it’s about learning what you’re doing and learning how to write is the most important thing. You don’t learn that from just your teachers, you learn that from each other and encouraging people about the importance of peer education and how to teach writing to each other.”

Editor’s note: Camila Domonoske will be teaching the pre-convention workshop session “Building better journalists through editing” and the sessions “Editing as a process that builds better writers” and “Ari Shapiro: You’re My Hero: Interning and Temping at NPR.” She will also be administering the Grammar Challenge.